Baphumelele is located in the township of Khayelitsha (meaning “new home”), located 20 kilometres southeast of Cape Town. Initially an informal settlement in the late 1970s, Khayelitsha has grown into a community of almost a million residents. 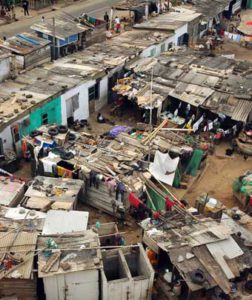 Khayelitsha is one of the most marginalised and poverty-stricken townships in South Africa. Many residents live in self-constructed wooden or corrugated tin shacks, without access to clean water, electricity, or sanitation. Basic education and health care facilities are lacking. The unemployment rate in Khayelitsha officially stands at a staggering 54.1% …and in reality, the figure is unfortunately higher.

Khayelitsha has one of the highest incidences of HIV/Aids infection in all of South Africa – this in a country that is recognized as having the biggest and most high profile HIV/Aids epidemic in the world, with an estimated 6.3 million of the population living with HIV – followed by Nigeria (3.2 million), and India (2.1 million). 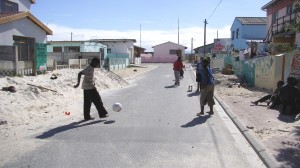 Reliable estimates suggest there are as many as 14,000 orphans in Khayelitsha, the majority as a result of the Aids pandemic. Whilst some 33% of adults are HIV positive, amongst expectant mothers this figure may be as high as 40%.